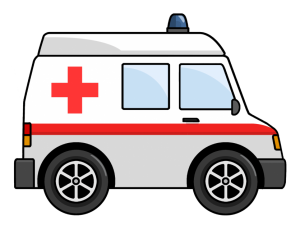 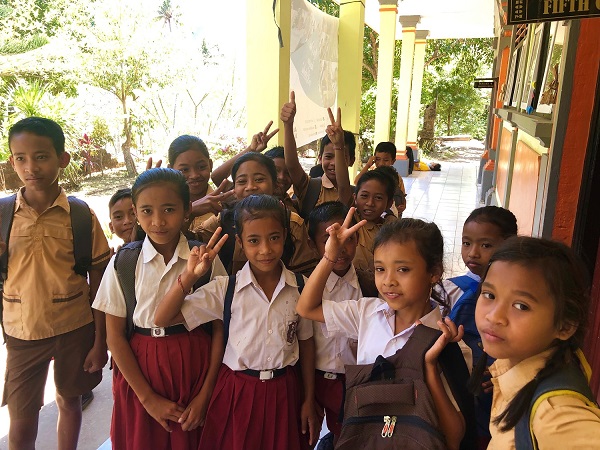 Written by Clare from The Travellist

We set off very early on Saturday morning, snacks and water in the car, and everyone buoyed by the thought of the day ahead. Naturally we knew it would be challenging but I’m not sure any of us were actually prepared for how confronting the day would really be. The car trip back to Sanur was certainly more sombre than when we started out for the day.

Bali Sehat took their amazing medical teams to Tukad Base village, in the Bunutan Desa, located high up in the mountains near Mt Agung in Karangasem. To set the scene, only 4WD cars and the toughest of motorbikes could make it up the rocky road which gave way to dirt paths. I felt as though we had left lush seaside Amed and somehow been teleported to the savannah, I was on watch for mountain lions (never seen in Bali before, mind you) and was stunned by the change in landscape. Barren doesn’t quite cover it, despite the crazy colour of the occasional patch of bougainvillea, the land was brown and rocky with outcrops supporting the only basic housing to be seen.

We arrived at the village school with the optometrist, physio, GP’s, audiologist and the dental hygiene education team. The village and surrounds supports about 350 people and at least half turned up to see the medical teams. It’s not easy to leave the mountain and its not a comfortable trip so many people, mostly elderly, had not had any health advice in a long time.

Registration over, everybody was directed to the classrooms where the teams had set up a makeshift clinic. Kids were being given toothbrushes, some for the first time, and taught about how to brush their teeth. GP’s and nurses were testing for diabetes and checking the blood pressure of everyone waiting to see one of the doctors. I couldn’t help but notice that the physio had a queue of people waiting and I’m willing to bet it’s because getting up and down the rocky hilly paths wreak havoc on knees and spines, particularly in the elderly.

The classroom that caught my attention had the audiologist who was meticulously cleaning everyone’s ears. Many of these families live on less than $300 USD per year and beds are often rudimentary and, on the floor, so it’s not uncommon for the ear doctor to remove a lot of dirt and even insects from their ears. A few children had tears and big sobs as thick plugs of dirt were pulled from their ears and one boy had tick the size of my thumbnail removed. My heart nearly broke watching a little girl sobbing as her ears were hurting, so we sat with her until she calmed down and listened while the doctor explained how she now needs to keep them clean, and can obviously hear better now as encouragement to follow his instructions.

The village has been affected by dysentery in the last few weeks, with a contaminated water source causing at least 70 people to become unwell. The team spent time talking to the teachers and any parents available, about the importance of maintaining clean tanks and also boiling water before any use. It was alarming to think that in this day and age in touristy Bali, people could actually be living in such poverty with very little access to decent water let alone medical care.

The village has no phone, TV or radio reception, or wi fi…so subsequently there is a baby boom of sorts! Most women give birth at home and there are times when complications arise. By having the team from Bali Sehat on the road and mobile, assistance can be given as soon as possible. But the importance of these medical trips to remote villages was not lost on me. One child had a sore on his leg that probably started as something very small. With no readily available medical care, the sore was left and possibly washed in the contaminated water. By the time the boy saw one of the doctors, the infection was so bad you could smell it. Thankfully treatment was given and the wound will heal.

On top of the free medical care, Bali Sehat also provided care parcels to the poorest people in the village which included rice and good quality soap. The teams saw over 100 people during the morning and once the last patient had been seen, a follow up planned with a specialist for a seriously enlarged thyroid, we set back down the bumpy rocky ‘road’ and found ourselves at a café in Amed. Normally a very chatty bunch, it was a quiet atmosphere as we all thought about what we had just experienced. An icy cold Bintang relaxed everyone enough to start sharing their stories. With mixed emotions we talked about how absurd it seemed that less than 30 minutes away, communities were living off very little without any proper medical care or health advice.

For me, it was a timely reminder than Bali Sehat really are providing life-saving medical care and without the donations of many who want to help, they would simply be unable to assist these people who rely on their mobile teams to get to remote villages. We are now just months away from starting the build on our new clinic in Amed, a clinic that will still offer free health care to the poorest villages plus have the teams visiting remote locations.